Canyon Creek Presbyterian Church was officially organized on September 8, 1963 with 35 families totaling 80 members. In 1960, not many people lived or worked north of LBJ Freeway.

The community of Richardson sprang up as a result of the emergent high-tech sector established north of LBJ, led by Texas Instruments and Collins Radio.

The Rev. Jack Moore led the first service of worship on November 25, 1962, with three families in attendance. They began that first service by singing Holy, Holy, Holy. The group rented the Richardson Community House at 526 Lockwood Drive for their weekly worship service (this facility later became the Masonic Lodge of Richardson).

Attendance grew, and within a few months, 143 people signed the Petition to Organize. The new church quickly outgrew its temporary location. It purchased land at 400 West Campbell Road, and moved into larger temporary space at 314 South Greenville Road.

In April, 1964, the new church called The Rev. Ed Cole to be their new pastor. By August the space on South Greenville Road became untenable, so CCPC moved into its third temporary location at Greenwood Hills Elementary School on Westgrove. A ground breaking service for the permanent location was held on August 23, 1964. May 2, 1965 was Dedication Sunday for the new church on Campbell Road.

The congregation grew and thrived in that location. In 1965, the wilderness area north of the church began development and the neighborhoods of Canyon Creek and Prairie Creek quickly filled in. The membership outgrew the Sanctuary, so a new Sanctuary wing was built, and the old room transformed into a Fellowship Hall. The Jack Noble Education Wing was dedicated in May, 1996 to provide more classroom space, and within a few years, that facility was full to overflowing.

Early in 2000, the church approved moving to the present facility on North Star Road. For more information on our church history, read "A History of Canyon Creek Presbyterian Church."

On February 22-23, 2014, we celebrated the 50th Anniversary of this great and vibrant congregation. We gathered on Saturday night at the Hilton Ballroom on Campbell Road for a beautiful banquet keynoted by The Rev. John Williams from Austin College. On Sunday, we welcomed back into the pulpit our former pastor, The Rev. Jack Noble, and we received a specially commissioned musical piece in worship. It was a glorious weekend and anniversary year filled with spiritual markers of achievement. We look forward to all that God holds out in front of us for years to come!

Below are a few videos that help tell the story. 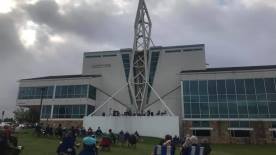 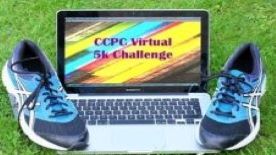 Click here to fill out your Estimate of Giving for 2021. Commitment Sunday is November 8.
Worship on the Lawn, Sunday, November 8, 11:00 am
For ages 8 weeks to Pre-K Fours. Enrolling now!
Deepen your prayer life with new Prayer Resources on the Prayer Ministry webpage.
The Goat Run! November 8-15