After a long illness, Shirley Broome Pittman passed away in her sleep in the early morning

Shirley was born in Amarillo, Texas, on April 11, 1936. After graduating from Amarillo High School, home of the Sandies, she attended the University of Oklahoma, where in 1954 she graduated with a Bachelor’s in Elementary Education. While a student at OU, she was elected state president of the Oklahoma Future Teachers of America. She also was a lifetime member of the Delta Gamma sorority, and was proud to maintain her DG friendships throughout her life.

After graduating from OU, she met Lewis Stanley Pittman. After a handful of dates during a furious two-week romance, Shirley and Stan were married and initially moved to Winchester, Kentucky, where Stan first began working in the petroleum industry. That was followed by a time in Bridgeport, West Virginia, where Shirley presided over a class of what was then known as the “educable retarded,” teaching them schoolwork and whatever life skills she could, so they could later better make their way in the world. The children were all from poor families, so Shirley saved what extra money she could to buy them some lunches and an occasional pair of shoes, as some of them had none. One afternoon after school, a student’s father confronted her, putting the shoes she bought for his son on her desk, stating, “My kid don’t need charity.” Shirley pushed the shoes back to him across her desk and said, “Maybe not, but he sure needs shoes.”

Not long after, Shirley and Stan moved to Abilene, Texas. After discovering they could not have children of their own, they adopted Edward Cleveland Pittman in August 1963, the first of their three adopted children. A year and a half later, in 1965, they received a call from the adoption home; and they were soon on their way to adopt Charles Clay Pittman. The family also included Lucky, a Sheltie, and Mama Kitty, the first of many family pets over the years.

Stan was next transferred to the Dallas area, and the family settled in Richardson.

In 1970, Shirley and Stan adopted Frances Margaret Pittman, and the family was complete. Over the years, more cats and dogs followed, instilling in the children an enduring love and sense of responsibility for caring for companion animals.

While Stan had a long career in the petroleum industry, Shirley spent her time teaching at such schools as Canyon Creek Daycare and, later, a decades-long devotion to private tutoring. Her tutoring students were primarily the children of Chinese immigrants, and Shirley spent her years not only teaching them to speak English, but helping them to learn what it meant to be an American. In addition to receiving many heartfelt gifts from grateful families, Shirley – often called Missy Pittman – was often invited to former students’ college graduations, weddings and citizenship ceremonies, as her students became American citizens.

On December 27, 2013, Shirley and the rest of the Pittman family were overjoyed to welcome Francie’s son, Benjamin, into the world.

Shirley was always known for her sage advice, which she shared only when asked, and her infectious laugh, often described more as a cackle. In her last years, Shirley struggled with Alzheimer’s. Although her short-term memories often quickly faded, she always asked about everyone’s children and pets, and she freely expressed her love to anyone who came close enough to hug.

She was preceded in death by her parents, Ed and Frances Broome, as well as her son Charles. She will be remembered by her husband Stan, her son Edward and his wife, Michelle Koller; her daughter Francie and her son Ben; Leslie Farnham and Alison Gross, the children of her cousin Richard Gross; the many others she touched during her lifelong legacy of teaching; and a few lifelong friends (as well as their children) who still remain.

In lieu of flowers or other forms of remembrance, please consider making a donation to the Alzheimer’s Association.

Robert Prentice “Bob” Manning of Wylie, Texas, passed from this life in the early morning hours of Saturday, July 13, 2019 with his family by his side, surrounding him with love. He was 86.

Bob was born Feb. 27, 1933 in Amigo, West Virginia. He grew up in Black Eagle, Mullens, and then Beckley, graduating from Woodrow Wilson High School in 1950. He served in the United States Navy in 1950 and West Virginia National Guard 1951-53. He earned a Business Associate's Degree at Beckley College.

An executive position at Recognition Equipment Inc. brought Bob and his family to the Dallas area, where he lived for 41 years. With Graham Magnetics and then Data Medical Associates, he traveled the world as an international sales executive.

Bob’s lifelong passion was sailing. He bought his first sailboat in 1966. As members of Corinthian Sailing Club on White Rock Lake in Dallas, he and Barbara frequently competed in regattas and sailed for pleasure.

His greatest pride and joy came from being a wonderful husband, father, and grandfather. He devoted his retirement years to his wife, children, grandchildren, and extended family. He lived each day with a servant's heart and a positive attitude.

Bob was preceded in death by his parents, Eugene Johnson Manning and Margaret Ann Prentice Manning, and his beloved grandparents, John and Emily Prentice, who raised Bob and his brothers after their parents died.

Flowers are welcome, or you may send donations in Bob’s memory to the Wounded Warriors Project or charity of your choice.

Cynthia “Susie” Severin was born on January 2, 1958, the fifth of nine children to Jean and Bob Miller in Camden, Arkansas. She grew up mostly in East Texas, graduating valedictorian of her class from Marshall High School in 1976. She followed her older brother Jim to college at Texas A&M.

It was at A&M that she met the love of her life, Bill Severin, who was Jim’s best friend and classmate.  After a short courtship, Susie and Bill married on January 7, 1978, just after Bill graduated with his bachelor’s degree. They lived on campus while Bill went on to graduate school and Susie earned her bachelor’s degree in Accounting. While at A&M, Susie and Bill met a small group of Aggies who became life-long friends.  These friends and their families have been getting together at least once a year for the last 40 years.  The “get togethers” started with wedding showers, then baby showers, and then just to be together with their “extended family”.  This will be the first memorial service for one of their small group.

They moved to the Houston area where Bill began his career at Texas Instruments and Susie worked in the accounting department of a local Savings and Loan. In 1982 they had their first child, Melissa. Bill’s job changed at TI which prompted them to move to Allen in 1985. They found a welcoming church home at First Presbyterian Church of Allen and became very involved in church activities. In 1988 they were blessed with a second daughter, Alice.

When Melissa started preschool at United Methodist Church of Allen, Susie left accounting to become a preschool teacher.    In 1995, Susie was named the director of the First Presbyterian Church of Allen’s new Joyful Beginnings preschool, which she had been instrumental in conceiving and creating.   By then it was clear that she had found her calling.  Her love of working with young kids was one of her life’s great passions.

Susie managed a busy schedule between her devotion to her daughters (getting them to sports, dance, piano lessons, Girl Scouts, and more), managing the preschool, and dealing with Bill’s hectic schedule.   In addition, she was PTA president at Boyd Elementary and Girl Scout troop leader.  She served two terms on session at the church and was nominated as Volunteer of the Year for Allen.  Susie’s life was one of service, never for praise or adoration.  Sher truly had a servant heart and helped many people over the years.  As her daughters grew up, Susie went to the Allen football games to watch Melissa in the drill team and to Alice’s basketball games.

In 1998, Bill and Susie moved to Lucas where they designed and had built their dream house. Melissa and Alice graduated from Allen High School and made their Mother very proud as they also graduated from college and began careers of their own. In 2004, Melissa married Byron Foote and followed her mother’s tradition of working with kids, becoming a second-grade teacher in Allen.

In 2005, Bill and Susie moved their church membership to Canyon Creek Presbyterian Church, becoming active members. Susie continued her service to children by becoming a member of the North Star Learning Center board at Canyon Creek. She also serviced as a deacon at the church.

In 2009 her first grandchild, Emma, was born followed by two grandsons – Logan in 2012 and Asher in 2013. After 20 years’ service, Susie retired from the preschool director position to stay home and take care of her grandkids. 2018 started as a joyous year with the celebration of Bill and Susie’s 40th wedding anniversary and Alice’s wedding to Eric Burgett.

Susie always cherished a deep love of family and friends. She enjoyed traveling, reading novels, sewing, and gardening. She unexpectedly passed away after a very brief illness on May 7, 2018.

Susie was preceded in death by her father, Bob Miller and her older sister Dorothy Ann who died shortly after birth.  She is survived by her mother Jean Miller; her devoted husband Bill; daughters Melissa (and Byron) Foote and Alice (and Eric) Burgett; grandchildren Emma, Logan, and Asher Foote; brothers Bob, Jim and Chris Miller and their families; sisters Carol Warren, Patti Harrison, Angie Simpson, and Dee Tuma and their families; and a beautiful extended family and her many friends whom she held over the years.

Susie’s sudden passing leaves her loving family and friends grieving for their loss but grateful for her impact on their lives and for their memories of her, especially her welcoming heart and her natural proclivity to put the needs of others before her own. 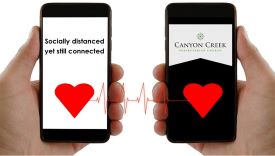 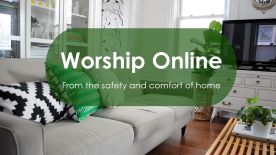 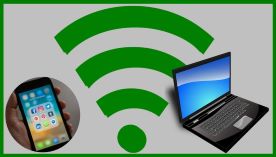 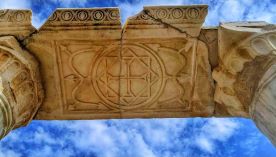 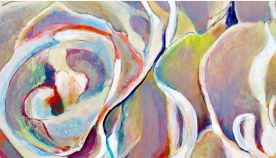 How to Connect Virtually with CCPC
Access to this week's and past sermons.
Online Opportunities at CCPC
For ages 8 weeks to Pre-K Fours. Enrolling now!
We hope to move to Phase 1 if COVID-19 cases in Dallas and Collin County decrease.
Adopt a Promise and pray it through July 15.
Join us for Safe Conversations about Racism in this critical time in our country.