er, beloved wife, mother, and Gigi, joined her heavenly father at the age of 75 on January 16, 2020. She was diagnosed in 2020 with stage 4 colon cancer and liver cancer. She fought hard and in the end the surgeries were just too much to overcome. She is survived by her husband of 51 years, Lavoy Hooker; her son, Chad Hooker, and his family; and her daughter, Jill Lanyon, and her family. She had 4 loving grandchildren; Sam, Blake, London, and Palmer. Her younger brother Butch Fife lives with his wife in Sherman, TX. Jeanne was a dedicated mem

ber of Canyon Creek Presbyterian Church where she had countless friends that supported her. She began her career with Lone Star Gas and retired with Atmos. She was transferred between different companies throughout her career keeping up her steady employment for over 40 years with the same employer. She we VERY committed to helping her local community and was on over 20 different boards and committees throughout her career. At one point Jeanne served as the Chairperson of the Board of Directors for the Richardson Chamber. A memorial service will be held at CCPC on September 10, 2021, 3:00 p.m. 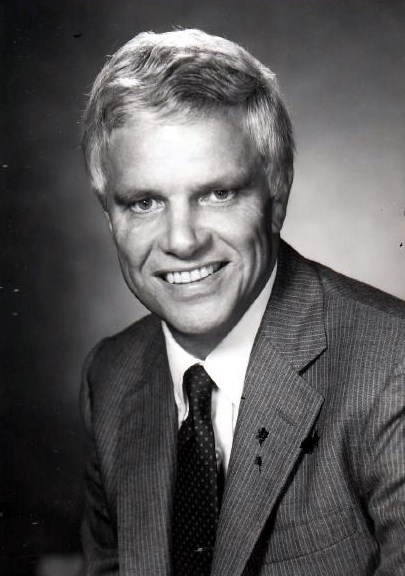 He is predeceased by his high school sweetheart, soulmate, and wife of 67 years, Sue, and his son Thomas. He is survived by his daughter, Nancy Worth and sister-in-law Janice Stone, and many nieces and nephews.

Dick was born in Evanston, Illinois and spent the first 15 years in Two Rivers, Wisconsin. He graduated high school in South Bend Indiana, attended Northwestern University in Evanston, and received an MBA from Cal-Berkeley. He was a Korean War veteran and a resident of Richardson, Texas for over 40 years.

Dick had a fulfilling and meaningful career for over 45 years in the individual life and health insurance business. A lifetime Presbyterian, and a member of Canyon Creek Presbyterian Church, his passion was for the Interfaith Housing Coalition, now called Interfaith Family Services, a Christian community that provides housing and help for homeless families. Two nights a week he was involved with the families and volunteers. It was his Call for over twenty years.

James Eric Parrrent, known to his family and friends as Eric, passed away suddenly on April 28, 2021 at his home in Wylie, Texas.

Eric was born to Danny and Donna Parrent on May 17, 1979, in Grand Prairie, Texas, the middle of three children, after brother John in 1976 and before sister Jennifer in 1982.  After a brief sojourn in Orlando, Florida, in the early 80s, the family moved back to Texas, settling in Arlington.  Eric was baptized in the Fielder Road Baptist Church in Arlington on June 26, 1988.  He attended Grand Prairie schools, graduating high school in 1997, later attending Lincoln Tech Automotive in Arlington.  Eric deeply suffered the untimely death of his mother Donna Parrent in 2005.

On December 12, 2012, he was united in marriage to Josie McFarland in Wylie, Texas, and became stepfather to her son Dustin Huddleston.  He and Josie worked together at Goodson Acura of Dallas, he as a service technician.  They made Desperados Mexican Restaurant their favorite hangout, where he and Josie enjoyed celebrating special occasions, meeting with friends, and playing their Scratch Offs.

Eric was known by family, friends, and customers for his endless knowledge of cars and his willingness to help them in all matters automotive.  Eric was also known and loved by family and friends for the mischievous humor underneath his tender-heartedness, enjoying long-running jokes and teasing.  His other life-long loves were movies (especially Marvel movies) and dogs.

Donations may be made in Eric’s memory here to help defray funeral and other expenses for his family or to the National Suicide Prevention Lifeline.

Neither death, nor life, nor angels, nor principalities, nor powers, nor things present, nor things to come…shall be able to separate us from the love of God.  Romans 8:38-39.

Jay was a humble man who cared about his family and often took the role of being the peacemaker at home and at work. Jay was always there when friends and family needed him.

As a young man, Jay was proud to be a shot-put champion and a sprinter on his high school track team and a running back on his freshman football team. He served his country in the Marine Corps and could often be heard saying “ooh rah!”  Afterwards he went on to earn a bachelor's degree in Business at Oregon State University.

Jay loved to support his wife (he was her #1 dishwasher and taste-tester), daughters (bowling coach, soccer coach, choir attendee, horse shows and more), and of course his grandchildren by attending their events and becoming the first middle school WatchDog in Keller ISD!

Jay was charming, loved dancing, watching Star Wars, football, soccer, Aussie-Rules football games on TV, and John Wayne movies. He would recite his favorite poem to anyone with ears, even during brain surgery!  There was always a story he could tell you, even if you’d heard it twice. You were never strangers long with Jay, as he always loved having someone new to tell stories to. He had subtly sarcastic comments ready for any occasion. He had a wonderful grin when he would take the literal fresh out-of-the-oven chocolate chip cookies off the tray before it even made it to the counter for cooling (he insisted they were best right off the tray). His later years were unfortunately spent more in hospitals, but the nurses always loved him, even when he was in timeout at the nurse’s stations, which likely worked more in his favor than theirs.

His Parkinson’s diagnosis deterred him only physically for many years. He was smart, had a sense of humor, and a stubborn old man. Those of us who knew him, could tell you that his stubbornness is what got him this far into his diagnoses. He was full of love and never knew a stranger. We are lucky and blessed to have known him and he will be greatly missed.

Jay is survived by his wife of nearly 40 years, Diane, his brother Lynn (Cheri), his daughters Carolyn (Tim), Diana (Curtis) and Allison (Josh), his 3 grandchildren, Nathan, Jacob and Natalie, and many family members across the country. He is preceded in death by his parents, Ray and Bea, and his son Scott.

If you would like to donate a gift in honor of Jay, the family requests any donations are sent to the following as they were dear to him:

Sandra Helen Griffin of Allen, Texas passed away November 29, 2020 at the age of 86. She was born December 22, 1933 to Marvin and Olivia Watkins in Ennis, Texas. Sandra graduated from Ennis High School in June 1951. She then attended Parkland School of Nursing and graduated in August 1954 as a Registered Nurse. Sandra was a devoted mother who loved to take care of her family. She was selfless and worked hard to make her home a special place.  After her children were grown, Sandra decided to return to the workforce, landing at Blue Cross Blue Shield, working there until she retired.  She was a founding member of Canyon Creek Presbyterian Church. Sandra’s love for her family was only surpassed by her love of her Lord and Savior, Jesus Christ.

She was preceded in death by her parents, four brothers, and three sisters.

In lieu of flowers, donations in memory of Sandra can be made to the Villages in Partnership ministry (villagesinpartnership.org)