Peter took Jesus aside and began to rebuke him. But turning and looking at his disciples, he rebuked Peter and said, “Get behind me!” (Mark 8:32-33)

How often have you tried to assert yourself when you probably shouldn’t? How many times have you assumed you were in charge only to find out that your assumption was wrong? Certainly there are times when we should be assertive and take charge, like when we are in danger or are in a risky situation. Other than that, though, perhaps we don’t need to assert ourselves as much as we might think. I have come to believe that most of life is a lesson in humility.

Peter finds this out big time. Jesus has been talking about how he will undergo suffering and rejection and death, and Peter will have none of it. In a moment of assumed authority, Peter steps out front, takes charge, and gives Jesus what for. I can’t say that I would have acted any different. None of what Peter does here surprises me. What does surprise me, however, is Jesus’s response. “Get behind me,” he says, not “you’re wrong” or “don’t be ridiculous”, but “get behind me.” Rather than explain to him why he is wrong, Jesus simply, and sternly, reminds Peter of his place.

Just when we think that we are in control or are the ones who are supposed to be out front making decisions and barking orders, God shows us our place in this life. Spiritually speaking, our place is behind Jesus, following his lead. 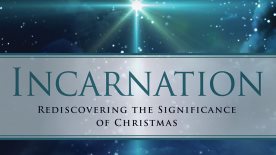 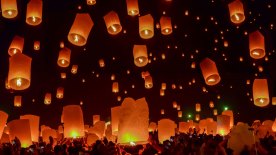 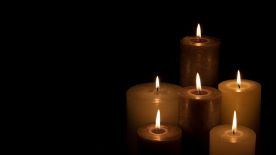