When Jesus entered Peter’s house, he saw his mother-in-law lying in bed with a fever; he touched her hand, and the fever left her, and she got up and began to serve him. (Matthew 8:14-15)

On the second day of Canyon Creek’s recent trip to Israel and Jordan, we found ourselves in Capernaum. This is the place where Jesus basically made his base of operations and stayed when he was not travelling. He would usually bunk in Peter’s house. Today all that is left of Capernaum are the vestiges of the former city. They have excavated a number of walls and remains of homes, which helps give tourists an understanding of how things were laid out. They have located where the synagogue was and rebuilt it some. They have also located what is believed to be Peter’s house. No one can be sure, of course, but the chances are good.

Standing there in the midst of the ruins, one can’t help but visualize the activity that once occupied this space. There is a spiritual feel that hangs in the air, giving you the surreal sense that it was only yesterday when Jesus walked the same ground you are standing on right now. Looking at Peter’s house, I could see Jesus coming and going. I could see Peter’s mother-in-law serving him after he touched her hand. I could see the disciples bringing others in off the street to be healed by him. For a few fleeting moments that came in spurts, I could see it.

We often use the phrase "seeing is believing". In this case, I would say that seeing is experiencing. To visualize Christ in your midst is to experience the presence of God, and you don’t have to go all the way to Capernaum for that to happen. 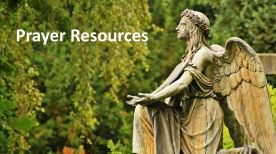 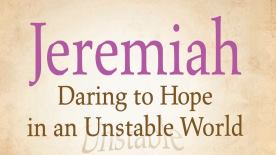