Canyon Creek Prebyterian Church's organ is a three-manual-and-pedal instrument containing 57 ranks of pipes. The organ was designed to fulfill a wide range of musical and liturgical functions. It is not intended to copy any one particular school or period of organ building, but rather to be capable of playing the wide-range of liturgical requirements in worship, and music from all periods of national schools.

The tonal specification was drawn by Michael Quimby, founder and owner of Quimby Pipe Organs, Warrensburg, MO, in consultation with Dr. Sally Hill, Organist, and Colin Howland, Consultant. The organ possesses a high proportion of color reed stops, such as the English Horn, French Horn and Bass Clarinet, one of the marks of a particularly lavish instrument. The organ is also unusual for its size in possessing two contrasting large solo reeds of the trumpet family, the Tuba and Harmonic Trumpet stops, both voiced on 15" wind pressure, and were constructed and voiced in our workshop.

Another unique feature of the organ is a 32' reed with full-length metal resonators, which was also voiced in our workshop. Much of the metal pipework is made from unusually thick metal in order both to ensure stability of speech, and to achieve the optimum harmonic development. The instrument incorporates a number of vintage ranks, including five flue ranks, and three solo reed ranks by Ernest M. Skinner. Revoiced vintage ranks are particulary desirable for the large wood pipes, since the materials formerly used were of better quality than is normally obtainable today. The fine sound of the voicing is complemented by the lively acoustics of the building.

The mechanism features Quimby Pipe Organs' own design of the Blackinton slider windchests with pneumatic pallets, allowing the flue pipes of each division to speak to their optimum on common wind channels. There are electro-pneumatic pouch windchests for the reeds and extended ranks. The three-manual and pedal solid oak drawknob console, built by Quimby Pipe Organs, is in the Æolian-Skinner style and features keyboards with bone covering for the naturals, and ebony for the sharps, and is equipped with all the latest solid-state aids to registration.

On Sunday, August 21, 2005, Canyon Creek Presbyterian Church was led in worship for the first time by our new Quimby Pipe Organ, Opus 61.

Dedicated on September 11, 2005, by concert organist Bradley Hunter Welch, the organ has proven also to be a great solo instrument. 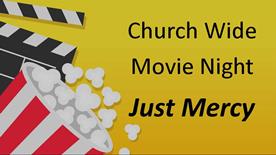 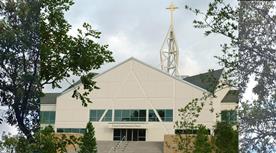 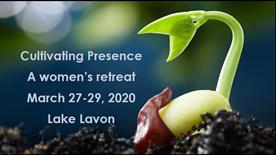 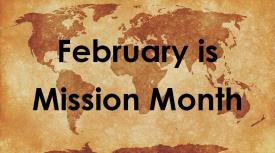 Friday, January 24 at 7pm.
January 26, One Service at 10:30 am. followed by a taco bar. Make your reservation today!
Early bird discount until Feb 2!
Three missions opportunities to kick-off the month!